On my last blog post I talked about the first few days in Nicaragua which I spend in the city of Managua. After a few days I headed to the Volcan Masaya and then towards Granada.

Granada is a beautiful town full of vibrant colors and Spanish architecture. Before heading to our hotel, we went on a boat tour of Las Isletas de Granada. Las Isletas are a a group of 300+ islands that were formed after a volcanic explosion thousands of years ago. Some locals live there as well as foreigners. The tour guide told us that about 60% was Nicaraguan owned and 40% were owned by non-Nicaraguans.

The Isletas are on Lake Nicaragua which is the largest lake in Central America. Despite being a freshwater lake, there are bullsharks in it who have adapted to the water. Thankfully we didn’t see any on our tour since they primarily stay in the middle of the lake. 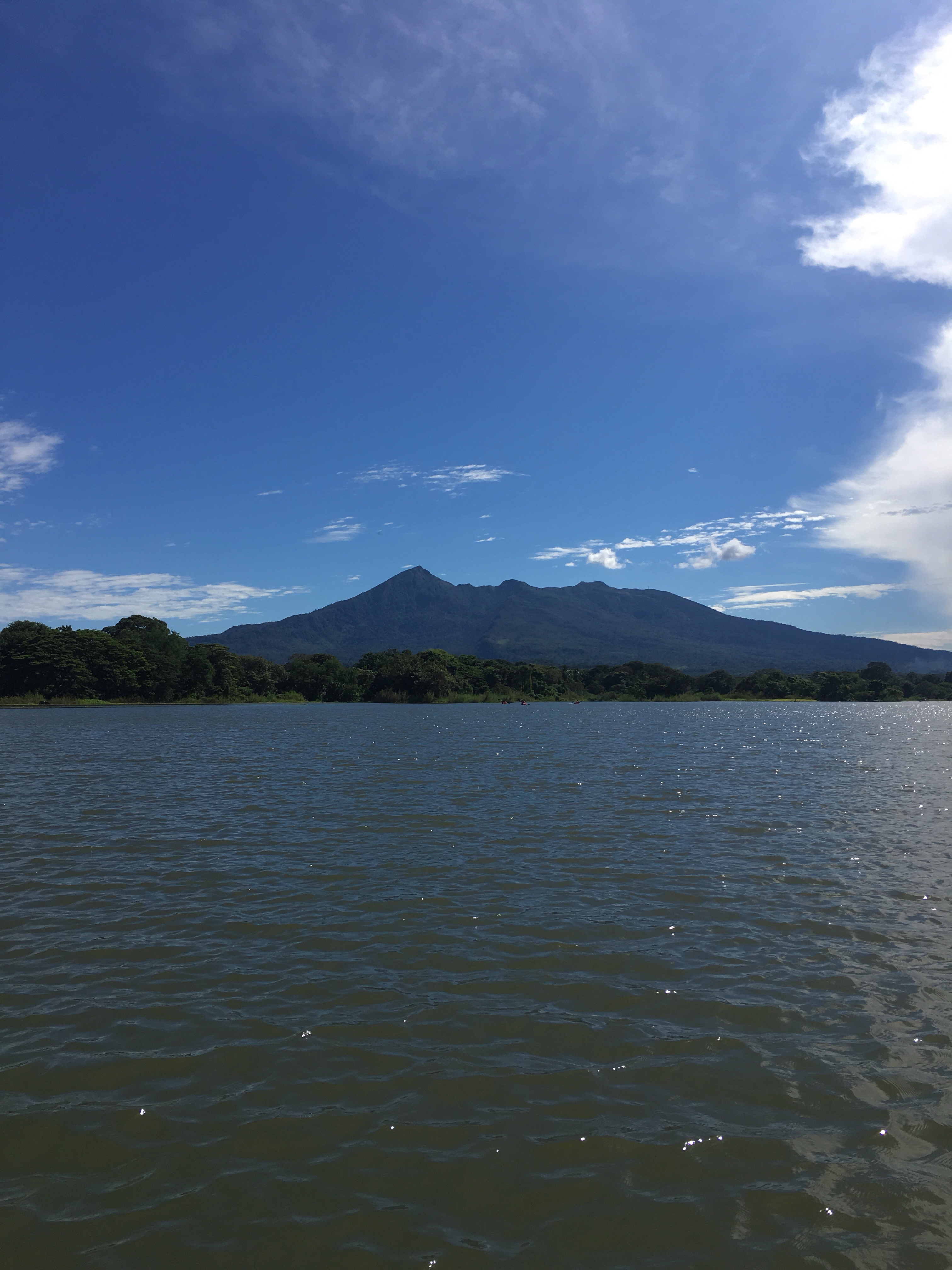 You can see the Mombacho volcano from the lake.

The isletas have so much vegetation and birds of all kinds. They even have monkeys!

And since they are used to the tourists, they are super friendly.

After our tour we headed to Tribal Hotel. I found this place on Instagram and knew I had to stay there. Once we arrived to the hotel, Sam fell in love with it and wants to live there now, or at least stay there everytime we come back . 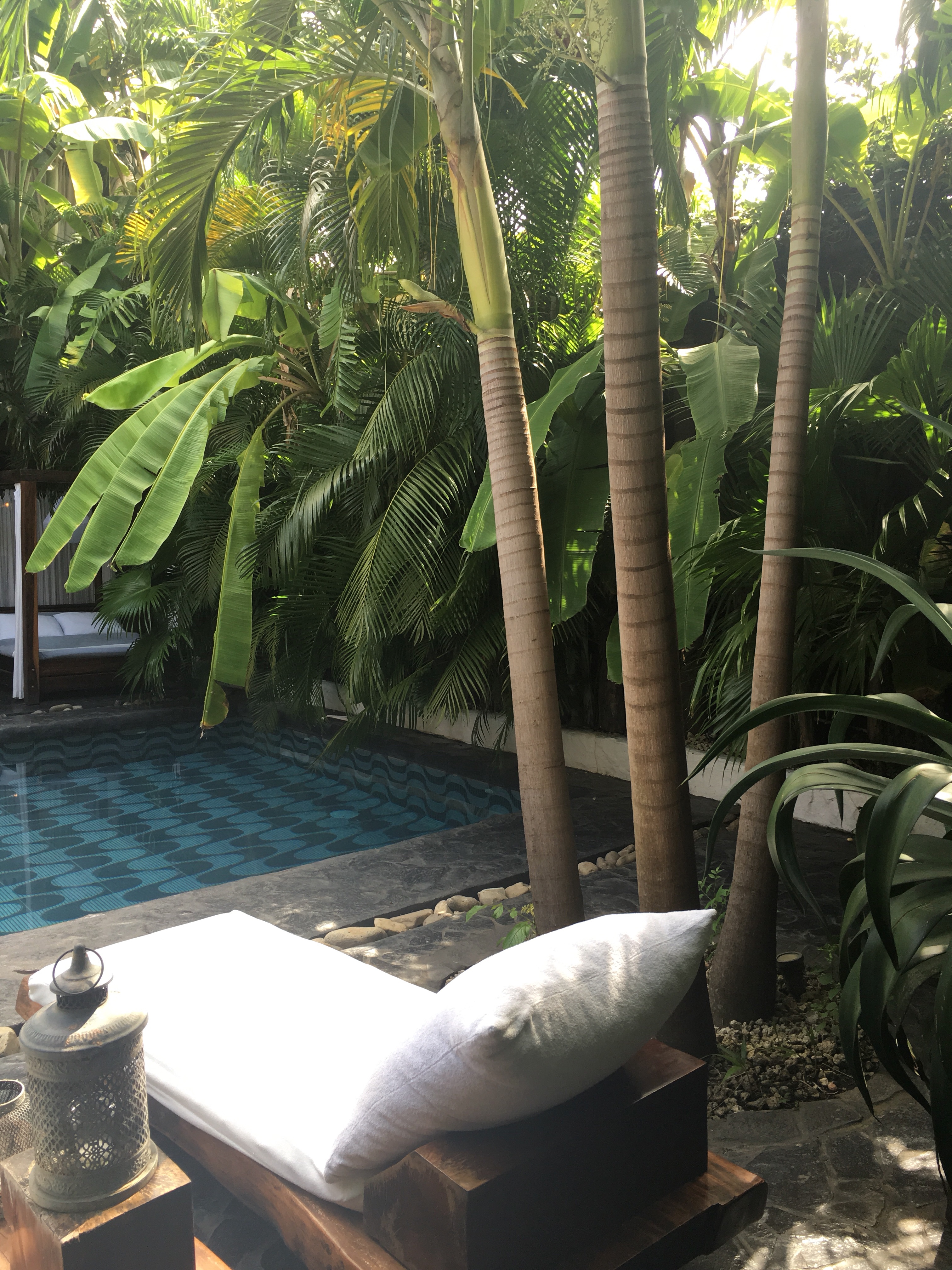 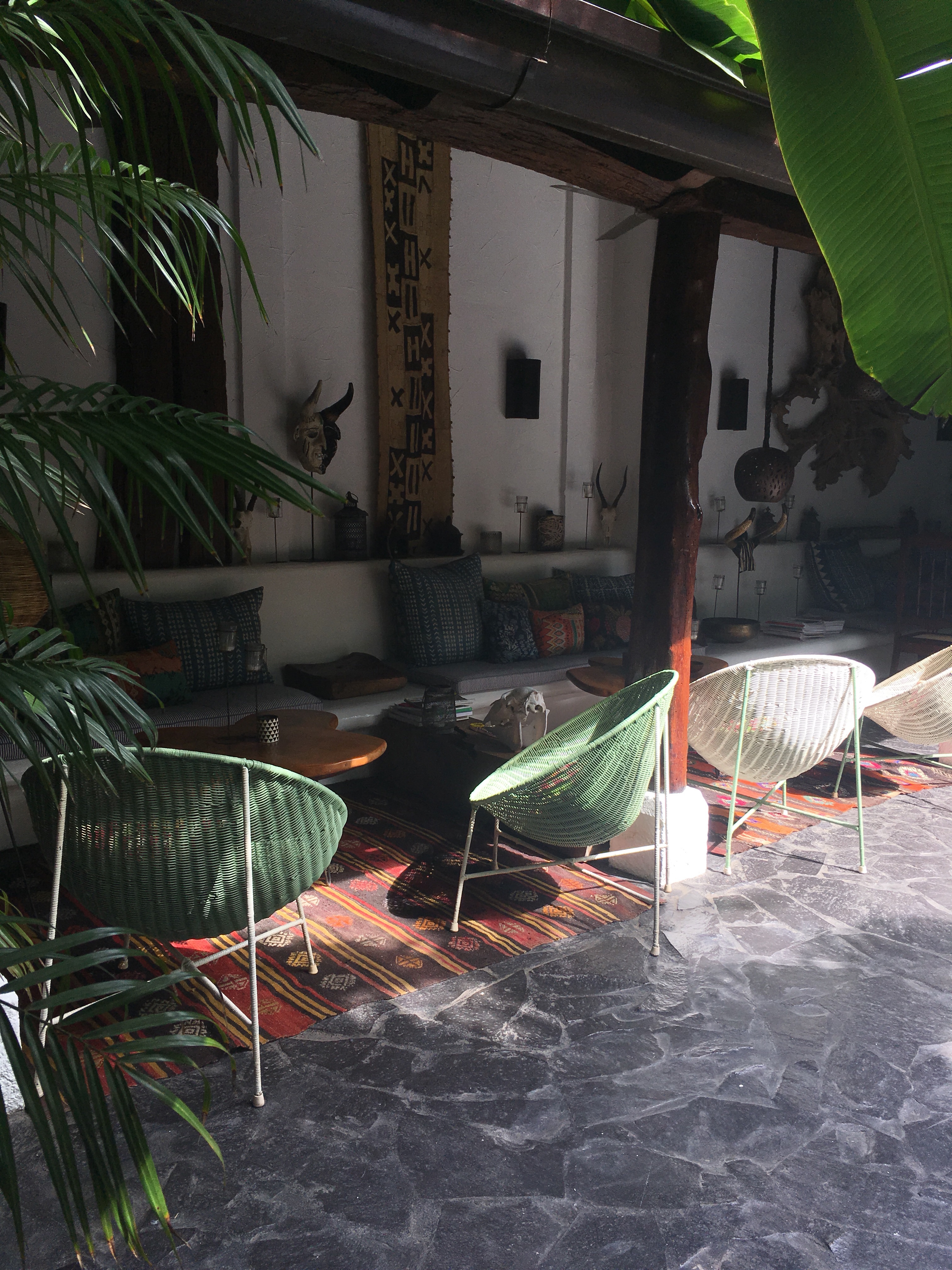 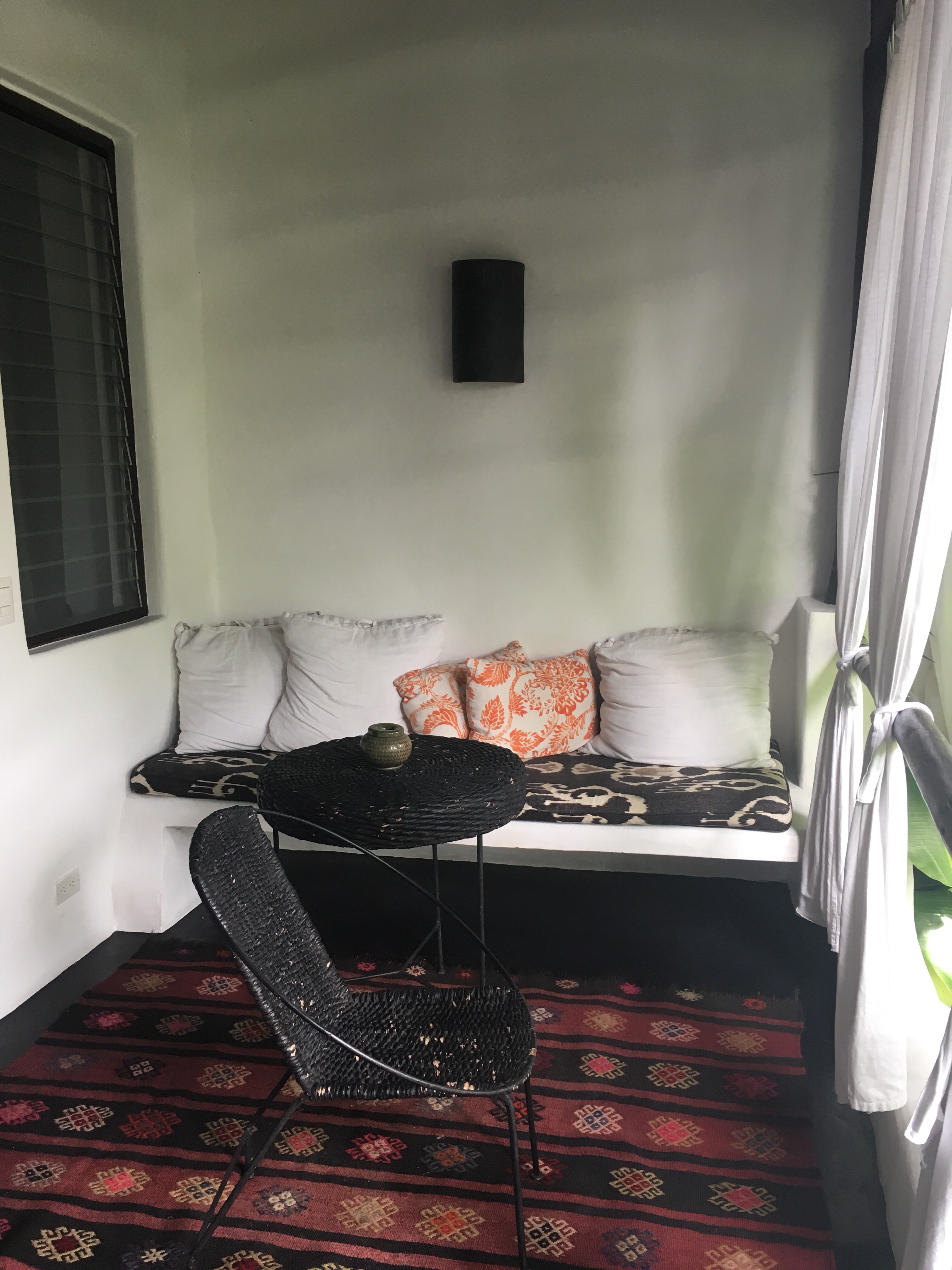 This boutique hotel consists of only 7 rooms. It’s so beautifully designed and incredibly peaceful. 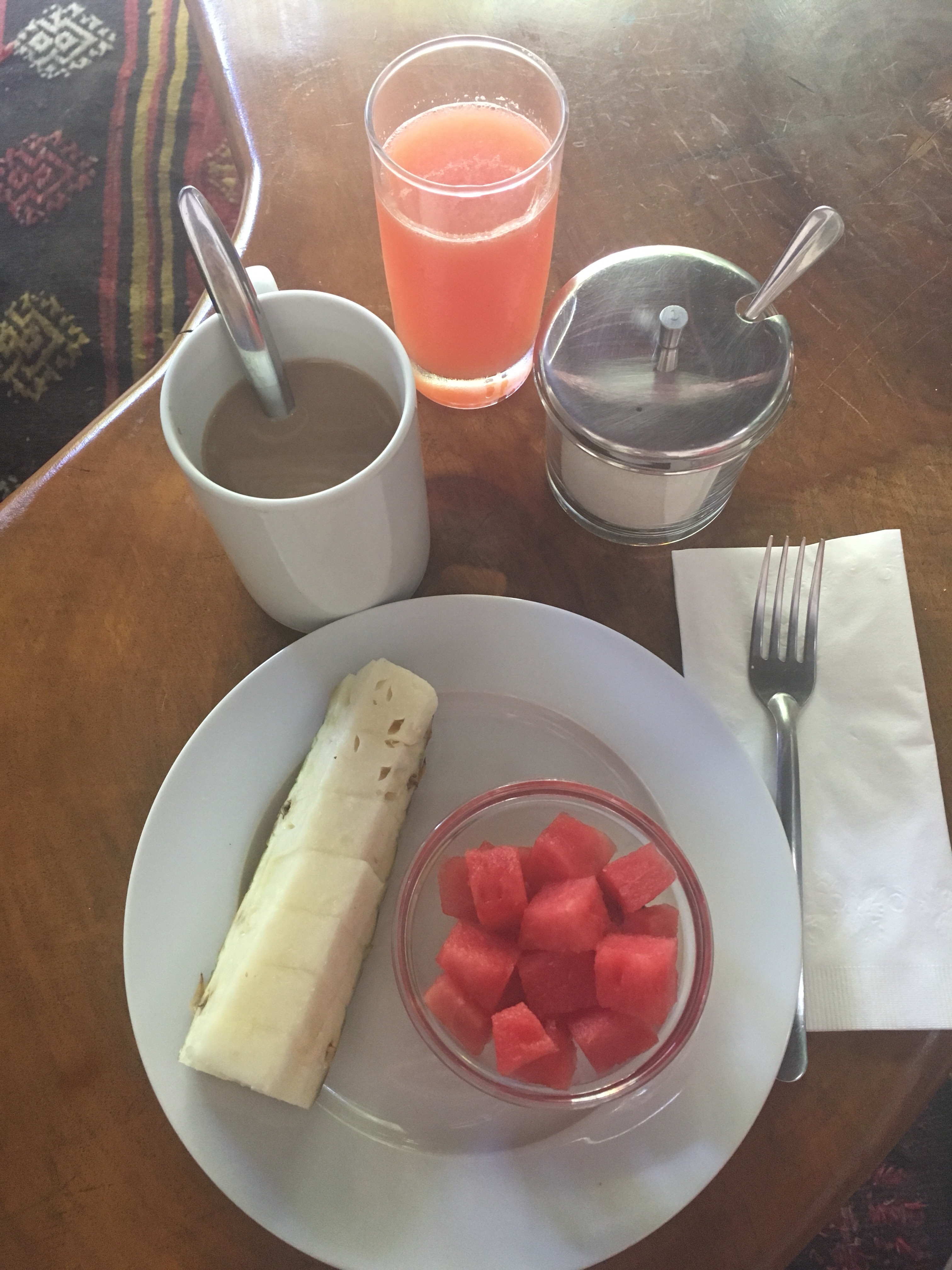 We stayed here for 2 nights and wished we could have stayed longer. We also met a lot of cool people at this place. Apparently a princess was staying there at the same time we were, how cool!

On our first full day in Granada, we went to the main street “La Calzada” and had a dish I had been wanting to have for longest which is “Ropa Vieja.” This dish just consists of shredded soft saucy beef. But before that, as an appetizer we had a tasty dish of tostones and fried cheese. 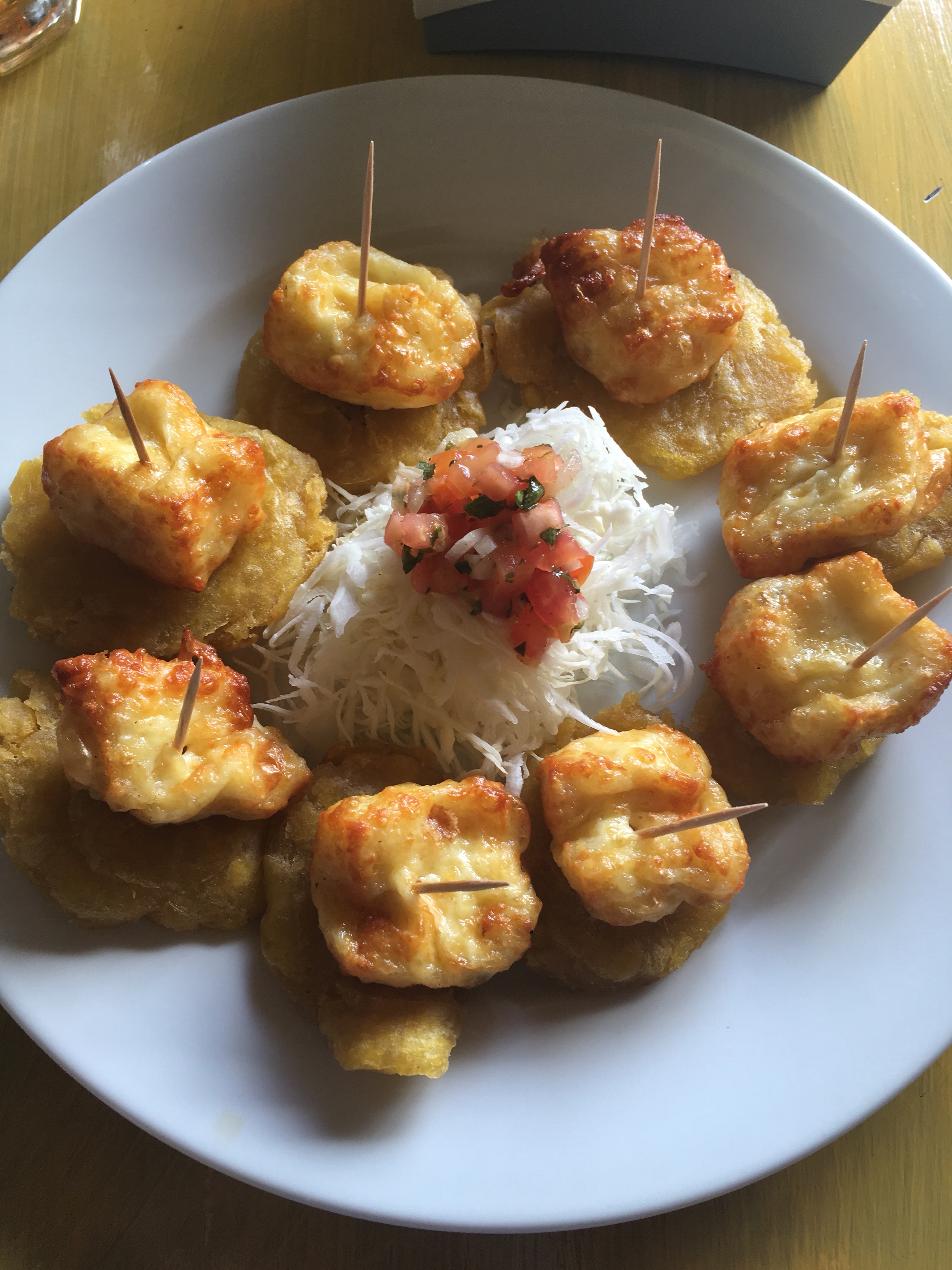 After our filling lunch, we went back to the hotel to relax for a couple of hours. At night we went out to get a couples massage for only $50. It was incredible. I wish prices were that low in the states.

That night we went out to La Calzada again with a couple that we had met our first morning there. We went to a restaurant called El Tercer Ojo, which served all kinds of foods. The menu included sushi, pasta and tacos. 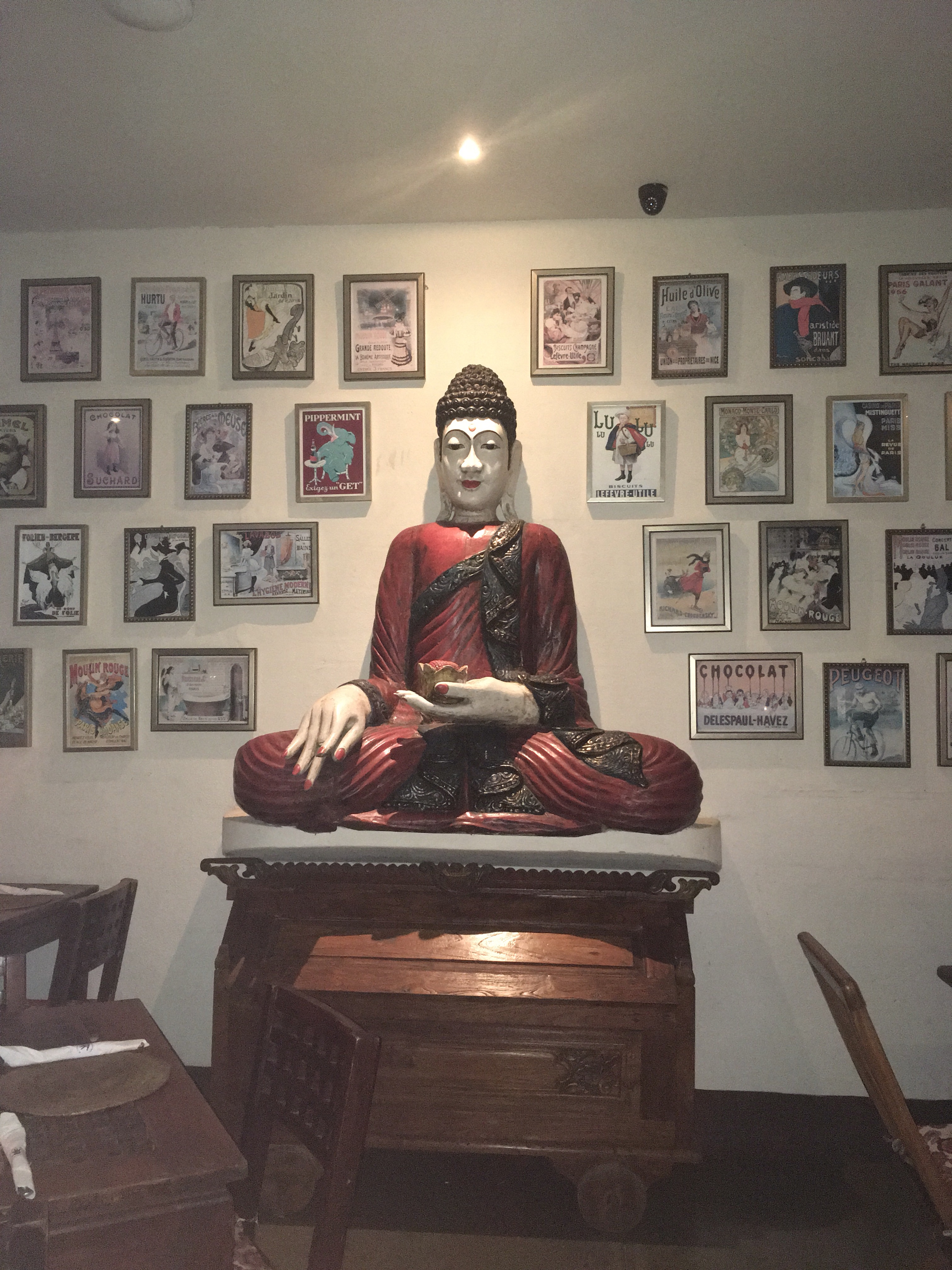 On our third day in Granada we switched hotels. The hotel that we switched to was very cute and comfortable. Hotel La Posada Del Sol is a good option if you are on a budget. I found this hotel on Ebates Hotels for $33 . 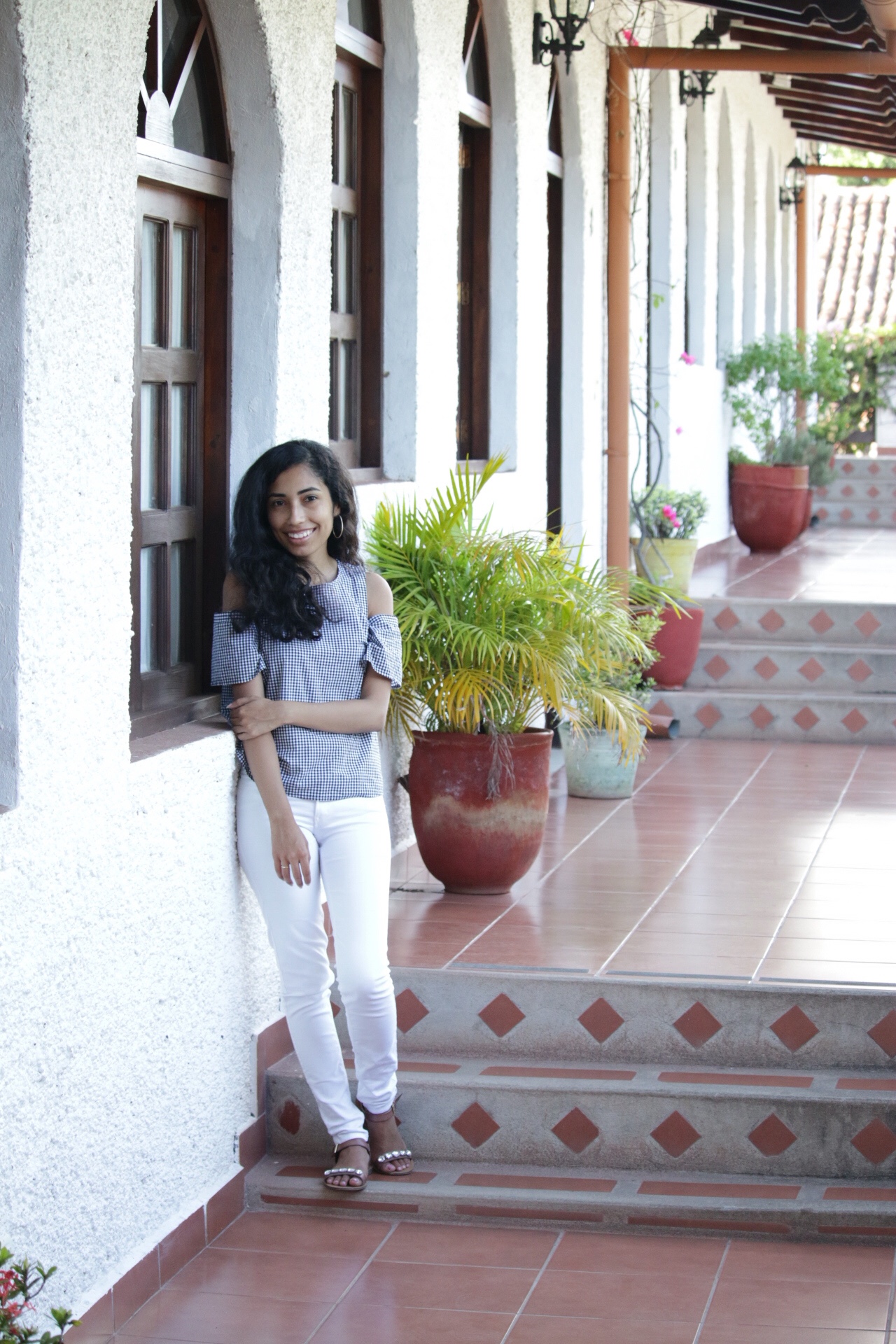 After checking in, we went out to discover more of Granada. We walked around and admired all of the churches. Of course we went in and went to the top of them. Let me tell you those tight spaces going up were not too fun. But the view is always worth it. 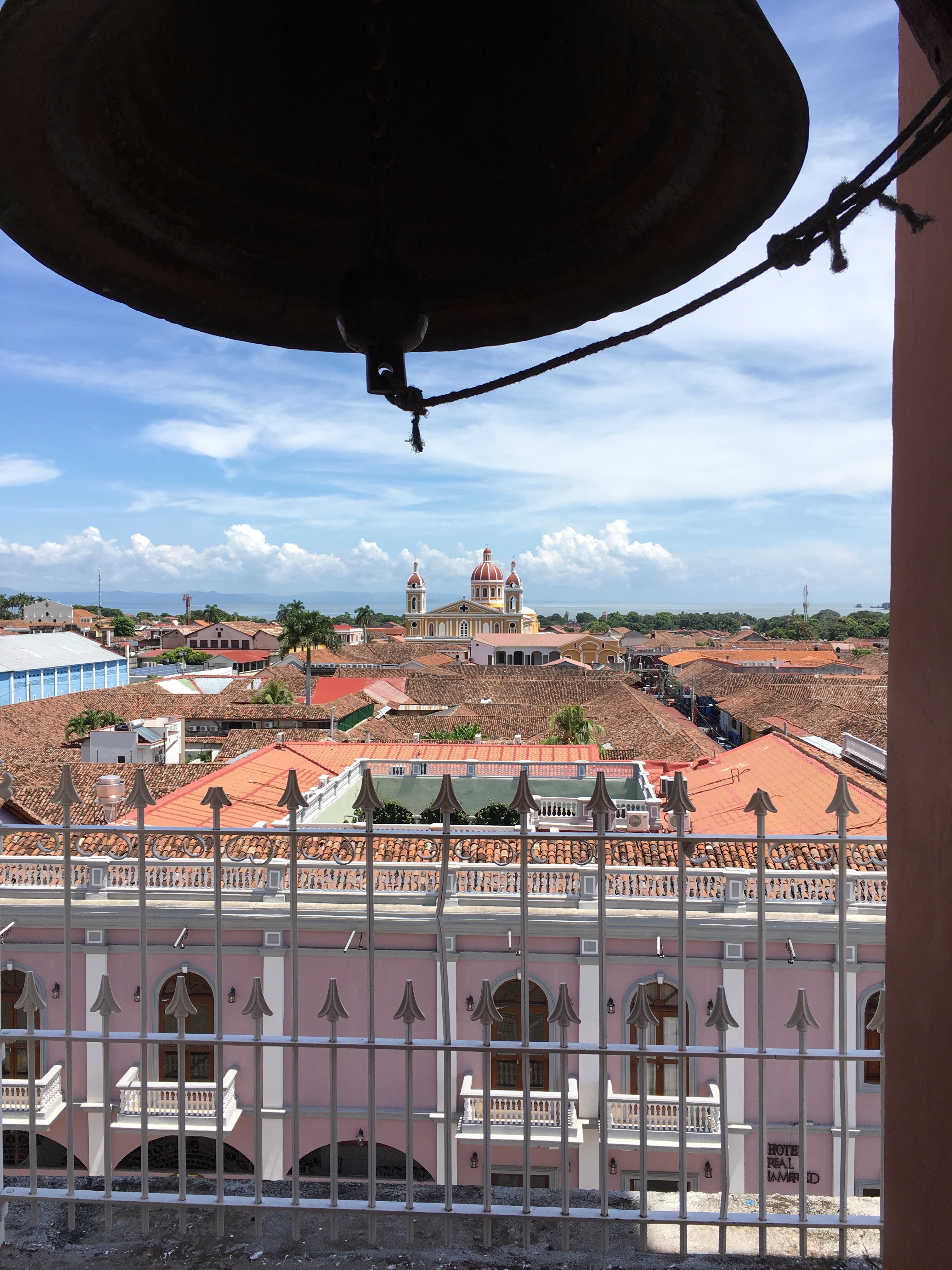 We walked around Granada for quite a while going into stores and checking out the handmade crafts in the main park.

I definitely want to come back to Granada. We have so much more to see. After Granada, we went to Lake Apoyo. Lake Apoyo is a lake that used to be a volcano. We stayed in a resort on the lake. This is definitely the way to go because the view is incredible. 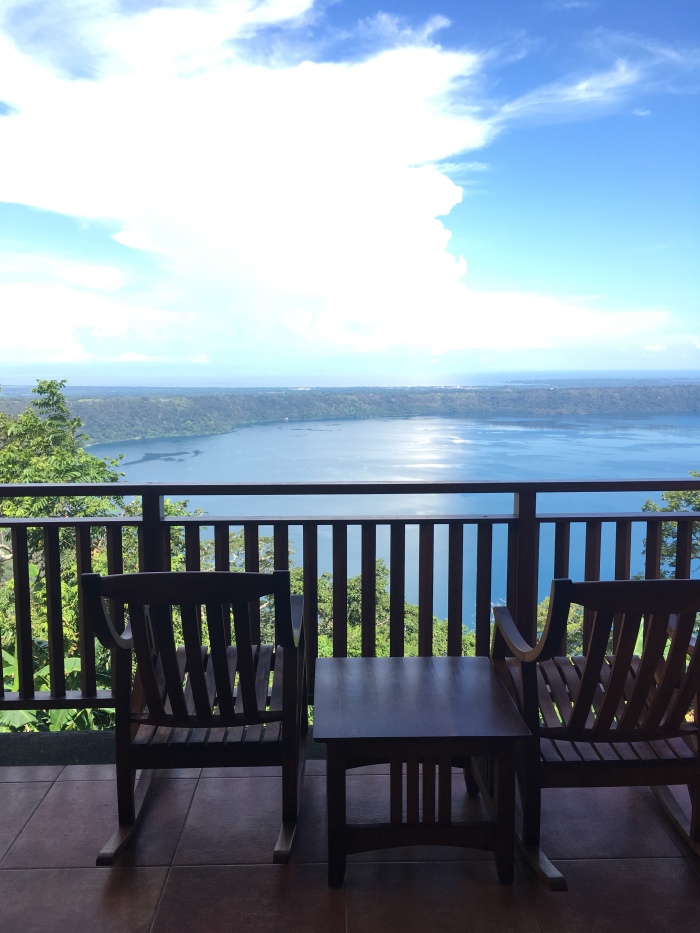 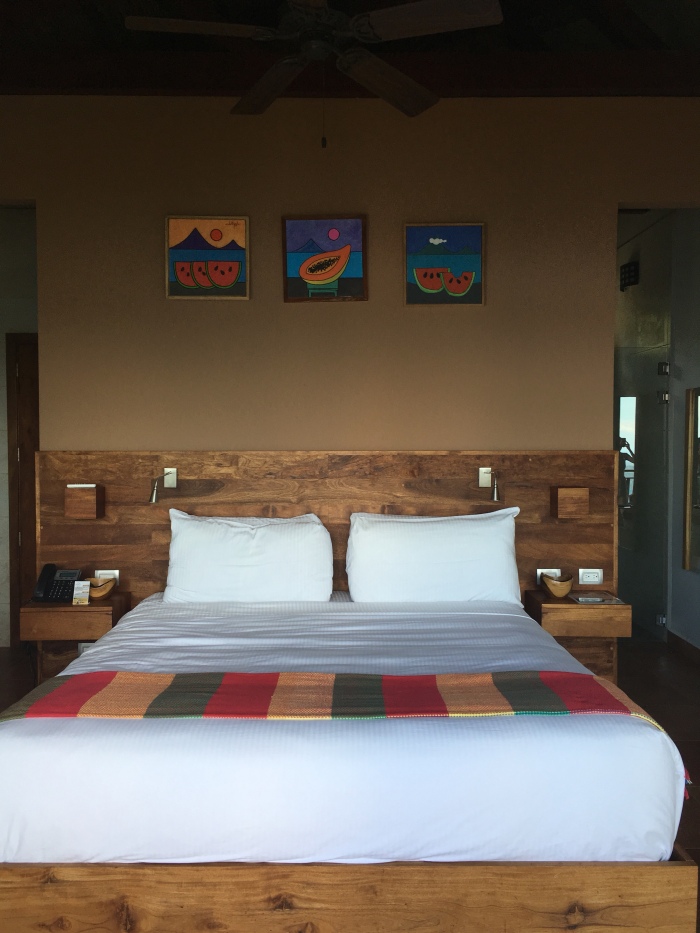 We got there, checked in and headed straight to the lake. 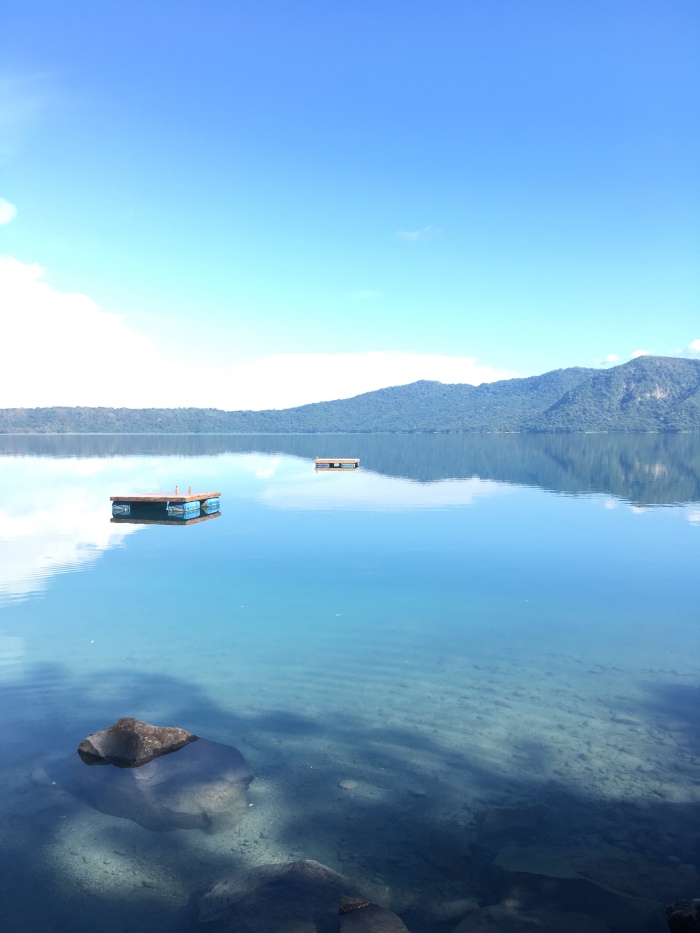 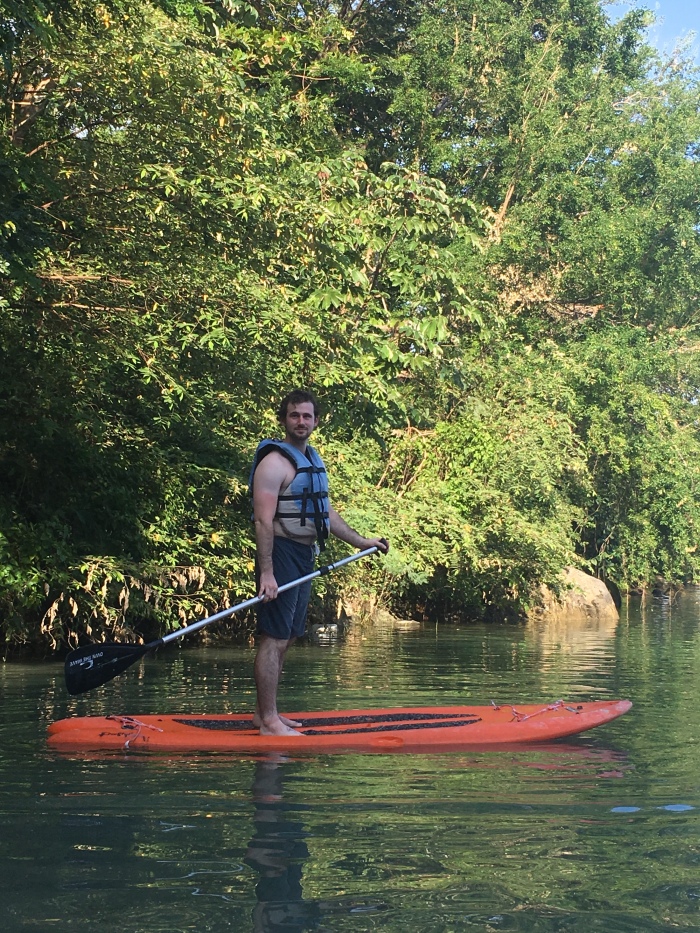 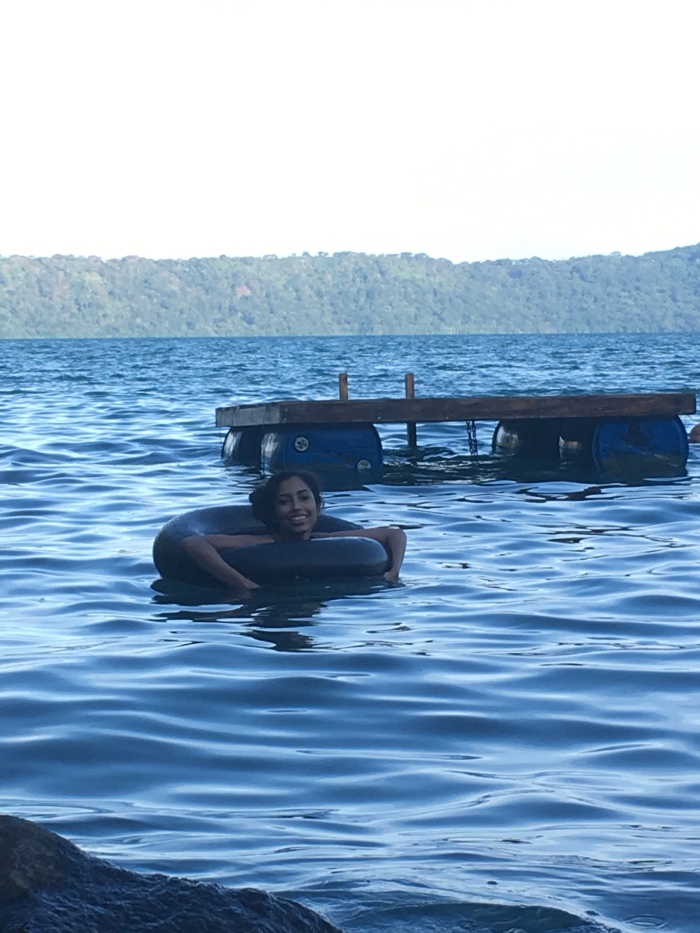 Swimming in the lake was nice because it had cold and warm spots. It was very relaxing and again, we have to go back. We did not spend enough time at the lake. Sam did as much as he could trying to explore it and although is not nearly as big as Lake Nicaragua there is still so much to see in this lake.

Around 6pm we left to see Volcan Masaya one last time.

It was so insane to see the lava. Seeing it in the morning was amazing, but getting to see a volcano how you are supposed to, with lava and fumes churning out is truly incredible. We could even see the bats making their way down to the volcano. No wonder they have called it The Gates of Hell.

The next day we went back to Managua, I spent one last day with my family and met up with an old friend.

The next morning we left Nicaragua. A week there is not enough time to explore. We barely scratched the surface on what we wanted to do and that did not include all the major spots. Nicaragua is an adventure. There are volcanoes, lakes, mountains, and so many hidden places waiting to be explored.